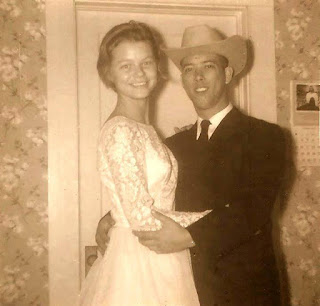 Fifty-five years ago today, Ginger and Tom eloped. Tom was 20, Ginger 15. It’s hard to believe it’s been that long. I keep telling everyone there was no parole (lol). It was on a Thursday, and I picked Ginger up at school. We had planned to marry on Friday, but saw that it would be a Friday 13th, and decided to change the date to Thursday. I was in the Army, and recently back from Korea. Thinking about it I could have went to jail, I guess. We bought a 1957 Plymouth, and after we told her parents, we went to Fort Sam Houston in San Antonio, where we would live for the next two and a half (almost) years, before I was sent overseas again.