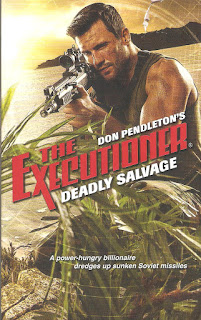 “The Executioner Is In Top Form.”

Mack Bolan and Jack Grimaldi are sent to the island of St. Francis to look into the disappearance of a government code expert and his daughter. There, they discover billionaire Will Everett III supposedly filming an action movie. But corrupt police on the island harass the Americans, and Bolan discovers a team of Russian agents also on the island looking for a corrupt Russian nuclear scientist.

Plenty of action from the first page on, and The Executioner is in top form as he battles rogue Russian and American soldiers hired to start a nuclear war between the two super powers. The author knows how to write action scenes with a believable plot and characters. He creates great villains and beautiful women, with lots of bodies littering the battlefield. Fast paced, and easy reading. Highly recommended for fans of men’s action series.


Detective Mystery Stories
Posted by Tom Johnson at 11:28 AM No comments: 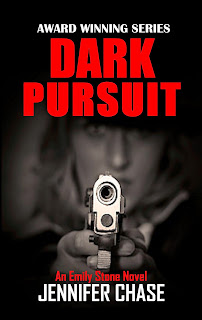 Vigilante detective Emily Stone has covertly hunted down killers and closed more serial cases than most seasoned homicide cops combined. Her exceptional profiling skills and forensic techniques, along with deductive crime scene investigations, have made her a compelling force that cannot be beat. She has reached her ultimate breaking point and now must face her toughest opponent yet her biggest fears. With disturbing preciseness, the Tick-Tock Killer has taken his next child victim and promised to dump the body precisely four days later, mocking police and the community. Stone struggles to balance her inner demons and ghosts from the past, against the wits of a brutal and cunning serial killer in an all-out battle of psychological warfare. Can Stone save the next child in time? 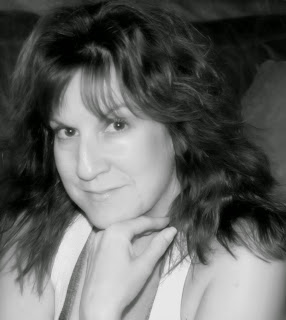 “Plenty of Thrills To Keep You On The Edge of Your Seat.”

Emily Stone and her partner, Rick Lopez, the phantom detectives, are searching for a child serial killer called The Tick Tock Killer by the media. He has already killed several children that are known, and maybe more that have yet to be discovered. As the story opens Emily is in pursuit of Kevin Werner, a recent suspect in the case, when her vehicle is ran off a cliff and she barely escapes. Now trailing the suspect into the woods on foot she finds the latest victim still alive, but before she can rescue the child Werner knocks her out and leaves her on an open grave with the bodies of other children long missing. She awakes to find the victim also dead, and wonders why the killer left her alive.

As a long time pulp fan and researcher, I was surprised to read that the vigilante team is called the phantom detectives. A little later I came across this: “…what evil lurked inside him…” The 1930s through the ‘50s were rampant with great pulp vigilante heroes, such as The Phantom Detective, and who will ever forget The Shadow’s weird announcement, “Who Knows What evil lurks in the hearts of men? The Shadow Knows!” I can’t help but wonder if the author is familiar with the pulps. In this case, the phantom detectives, Emily Stone and Rick Lopez are working outside the law to catch serial killers. Emily is a master profiler, and ex sheriff’s deputy, while Rick was a police officer and detective, now working with Emily. There are only rumors that the phantom detectives exist. The police receive anonymous information concerning the killer once the phantom detectives have the data, then they disappear to trail another killer. It’s a fascinating concept, and certainly a fun story, as we follow the team of vigilantes pursuing The Tick Tock Killer.

Regardless of the retro connection to the pulp era, this is a contemporary setting in California, with all the computer and electronic gadgets available to the covert investigators. I did get the impression that the phantom detectives had little trust in police solving the cases. The subject matter is dark, but the writing is entertaining, and the characters move the story at a fast pace, with plenty of thrills to keep you on the edge of your seat. Highly recommended.


Detective Mystery Stories
Posted by Tom Johnson at 7:24 AM 2 comments: 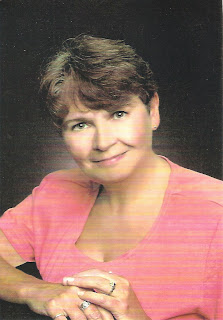 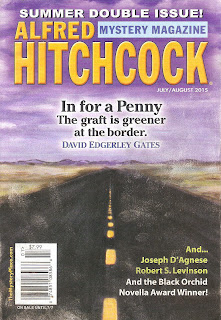 
Detective Mystery Stories
Posted by Tom Johnson at 5:28 AM No comments: 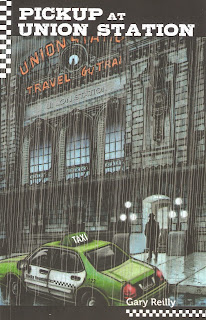 On a rainy night in Denver, cab driver Murph picks up a shady character at Union Station. His name is Zelner and he's worried that the police might be following him. When Murph reaches his passenger's destination, Zelner is dead. Now it's not just the police who are interested. Murph, who never wants to get involved in the lives-or deaths-of his fares, is about to be swept up in international intrigue. This is the seventh novel in The Asphalt Warrior series by the late Gary Reilly.

“A Taxi Ride Into Espionage”

Rocky Mountain cab driver, Brandon Murphy just wants to reach his quota and go home. He doesn’t drive a taxi to become rich, he leaves that to the best seller he’s going to write. Driving a cab in Denver is just to exist until the publishers discover him. Then on a rainy night, his world comes crashing down. Picking up a mysterious passenger at Union Station, he delivers him to his destination, only to discover he has a dead man in the back seat. He does everything right, and the police find out that the man simply had a heart attack, so Murph is in the clear. Then strangers come into his life, and Murph is thrown into international intrigue of spy versus counter spy, and a sinister plot is unraveled.

This was the 7th novel in the Asphalt Warrior series about Denver cab driver, Brandon Murphy. It also shows that the author was capable of writing real men’s action novels, which he loved to read. This novel could easily have been written as a spy thriller from the 1960s. We have mysterious foreign spies after some deadly secret, plus the beautiful femme fatale, who might be on either side: a mysterious US Government agency, guns, and a hidden base where citizens can be secreted away for interrogation purposes, and manipulation. So fans of The Asphalt Warrior, or just the writing of Gary Reilly, you will enjoy PICKUP AT UNION STATION also as a taxi ride into espionage. Highly recommended.


Detective Mystery Story
Posted by Tom Johnson at 7:35 AM No comments: 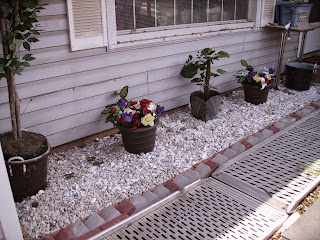 Rock Garden. When we moved to this new house in November 2007, we fixed a rock garden in front, and placed artificial flowers and an artificial ficus tree, instead of trying to grow real flowers. After this picture was taken I added animal skulls and turtle shells I picked up here and there. These were cleaned and shiny, and looked neat in the rock garden. Yesterday, I noticed a neighborhood dog outside the window in the rock garden and was wondering what it was doing. I quickly found out when it raced off with a shiny skull in its mouth (groan). I guess the poor thing has been stealing my skulls all along, and I just hadn’t noticed. Needless to say, since 2007 the weather has destroyed the artificial plants, and I’ve lost some rocks over the years, so my rock garden no longer looks as nice as it once did. I will buy more white rock, but I’m moving my skulls and stuff to the fenced-in backyard. LOL
Posted by Tom Johnson at 8:26 AM No comments: