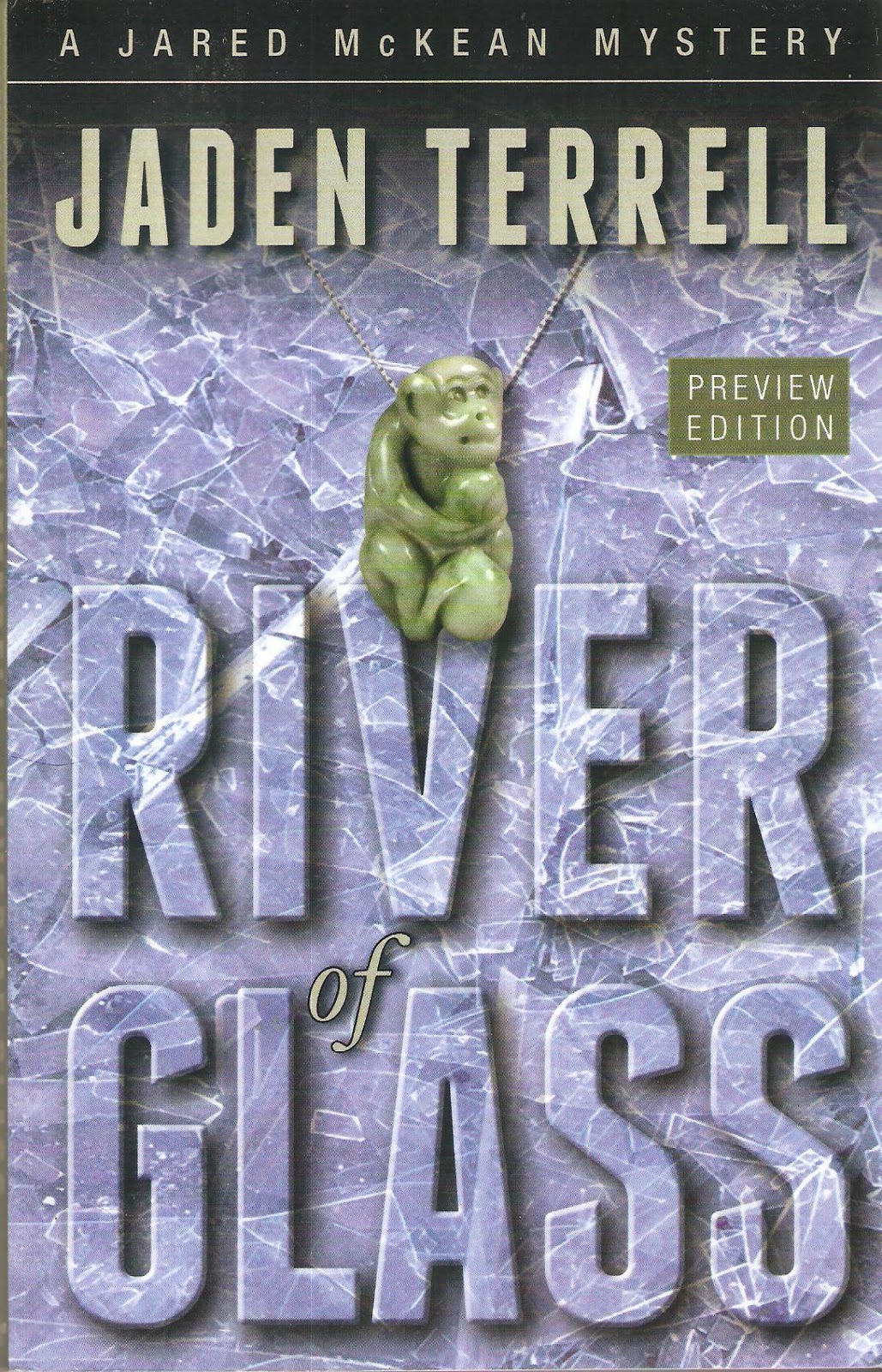 “Will Keep The Reader Spellbound.”

Jared McKean is a former homicide detective with the Metro Nashville police department, now working as a private investigator out of a small office. When an Asian girl is discovered dead in a dumpster in the back alley of his office, he’s the first person they want to ask about it.  He’s not working on a case involving Asians and tells them that, but that changes within a few days when a maimed Vietnamese woman arrives at his doorstep saying she is his half-sister, and asks for help finding her missing daughter, Tuyet. Khan claims to be the daughter of McKean’s father, born when he served in the war.

The case involves flesh trafficking. Young Asian girls are kidnapped and held in a compound where rich customers can fulfill their sexual fantasies. If the girls do not behave, they are punished, and forced to live in horrible conditions. They are kept barefoot, and surrounding the compound is a sheet of broken glass, so they can’t escape. The dead girl in the dumpster has escaped with Tuyet’s help, and was trying to reach Jared McKean, whom she thought was Tuyet’s grandfather.  She was caught and killed before reaching him. McKean takes the case, though at first he’s hesitant about the Vietnamese connection to his dead father. Khan, with only one arm, and scars on her face from a land mine, will not leave his side during the investigation, and he comes to recognize her inner strength and courage to search for her daughter. They soon began to draw closer, but the case leads them into very dark places, and Jared must deal with the horror of the flesh trade while trying to uncover the whereabouts of Tuyet and other captives.

Even at close to 300 pages, this book was one of those rare novels that are fast-paced and moved so smoothly I read it in one sitting. The reader is pulled into the story from the first page, and the author keeps you spellbound to the last exciting page. I loved it. Highly recommended.


Detective Mystery Stories
Posted by Tom Johnson at 10:43 AM No comments: 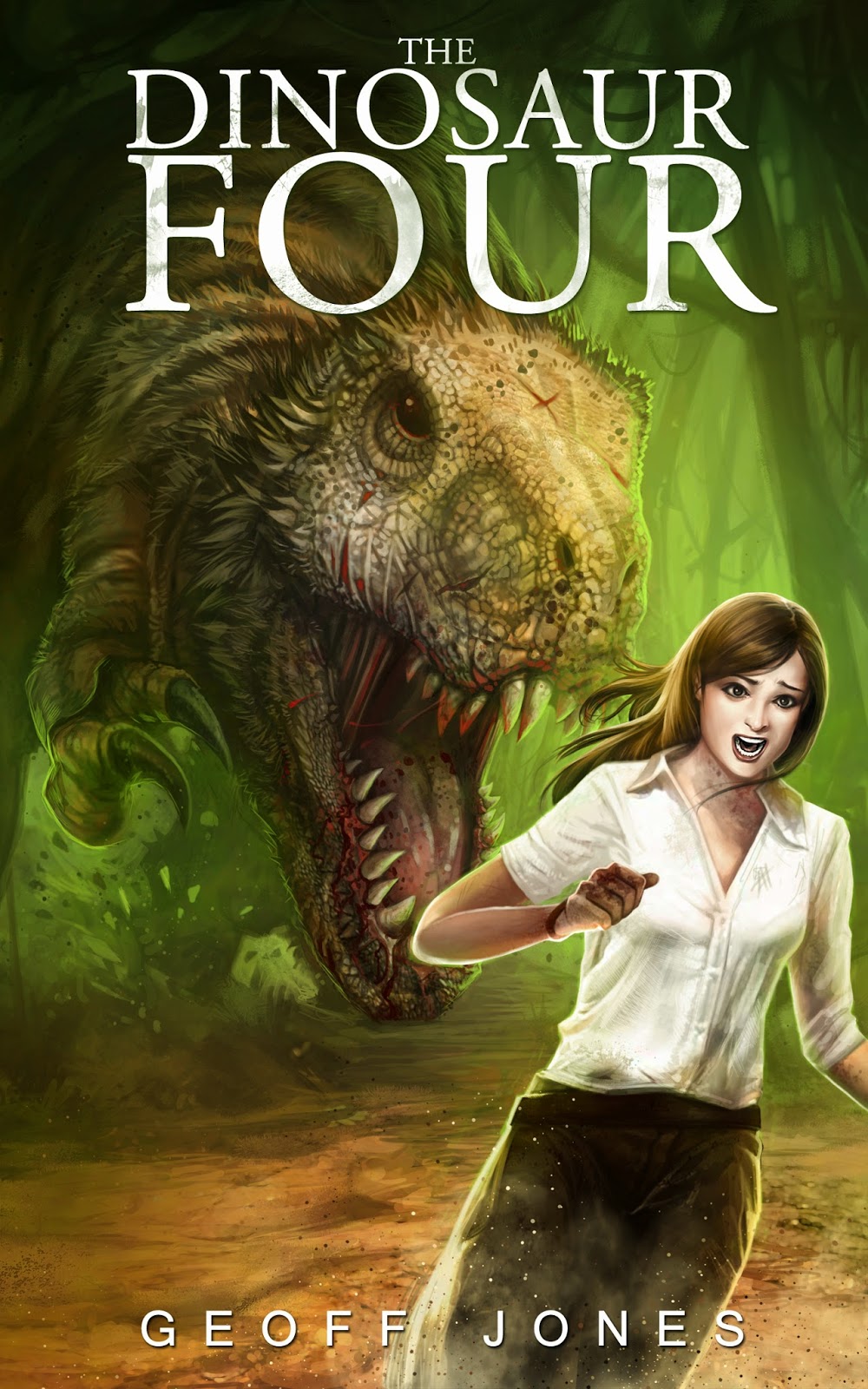 This review may contain spoilers. Ten people sitting in The Daily Edition Café suddenly find themselves thrown together in the prehistoric past. The café and the ten discover they have traveled back in time 67 million years, to the Cretaceous Period where dinosaurs and giant crocodiles 40-feet long are a dangerous threat. Finding part of the second-story room above still partially intact, they find three bodies and a dying woman; she explains that her team had been attempting invisibility, but somehow it backfired, causing a time warp. However, this sounded strange, as she went on to explain everything they needed to know about time travel, and that they had to find the missing football to take them back to the point of origin. Of course, she knew where they were going, and that the land would be covered with a lot of water. She also tells them there is a failsafe in the football; once they return to the present, they can use the failsafe to go back twenty minutes and stop the time travel incident. The bit about the invisibility must have been a bunch of hokum.

The woman dies, then five of the ten are killed by dinosaurs, a sixth is left in the past, and only four return, but the time paradox doesn’t exactly work as planned, and T-Rex goes with them. If it had worked as planned, supposedly none of the deaths would have occurred and the café would never have disappeared.

This was a fun story, exciting and dangerously grim, and I loved how well the author describes the land and scenery, as well as the dinosaurs. My only disappointment with the book is the heavy language throughout the narrative. As one character claims, “It’s only a word, man, it doesn’t mean anything.” Still, good writing does not need to be peppered with profanity to entertain. I highly recommend the book, but caution the reader if they might be offended by a lot of profanity.

Tom Johnson
Author of Pangaea: Eden’s Planet
Posted by Tom Johnson at 5:14 AM No comments:

It Came From The Atomic Age Trading Cards

It Came From the Atomic Age Trading Cards

by Studio Hades / Acheron Mint
PLAY
A retro style 18 card set in the style of Red Menace and Wild Man, featuring the best of the 1950's, from Roswell to the Red Scare.

The classic 1950's Topps / Bowman card set that never existed - but should have!

If you asked most people what images spring to mind when you mention the 1950's, they would probably say Elvis. James Dean. Hot Rods. Greasers and Socs. Marylin Monroe. Maybe even Bettie Page.
If you asked me, I would say fringe Orgone scientist Wilhelm Reich, Shaver Mystery founder Richard S. Shaver,  and Jet Propulsion Lab founder / alchemist / occultistJack Parsons. Even Dr. Fredric Wertham, who almost single handedly destroyed the comic book industry in the early 1950's. Since i'd be thinking of comics i'd then mention Blackhawk and EC Comics short lived hosts, The Vault Keeper, the Old Witch, and the Crypt Keeper. Or perhaps the frighteningly inaccurate psychic The Amazing Criswell and his PLAN 9 FROM OUTER SPACE co-stars horror hostVampira, and wrestler Tor Johnson. I'd probably also have to say Indy filmmaker Ed Wood Jr.,Republic Pictures' rocketman Commando Cody and Columbia Serials'Superman played by Kirk Alyn. And of course, I couldn't leave out the Gray Aliens that crashed at Roswell in 1947 or the Detrimental Robots (Deros for short) from underground that Richard Shaver warned us about. Since i love vintage sports I'd have to say Washington Redskins Slingin' Sammy Baugh. And of course, last but not least,Joseph Stalin, who got the Cold War off to an icy start. By this time you, who asked me the question, would have wandered off dazed, having  stopped listening minutes previous, and I would be thinking about a new card set.
Originally I had an idea for a comic book, sort of a modern League of Extraordinary Gentlemen with Reich, Parsons, Shaver and stripper Blaze Starr solving UFO abductions (that's a future Kickstarter) At the same time I became interested in the early 1950's releases of some of the major gum card companies of the time, and thought it would be nice to create another alternative set of people that never made it onto gum cards in their era but should have.(Stalin and Sammy Baugh aside)
And so, IT CAME FROM THE ATOMIC AGE was born.
The style I chose for the the artwork for this set is based on some of the more colorful movie posters (mostly Italian)  and pulp covers (Hubert Rogers) of the time rather than what was mostly gouache on board illustrations for cards of this period. I debated color correcting the set to make it look older and faded, but decided to keep the fronts vibrant. Only the promo card is vintage style. I also tried color tinting black and artwork, like the Lone Ranger and Three Stooges sets from the 1950's, but those ended upreally looked horrible.
As with my other sets, cards will not be glossy or UV coated in keeping with the production methods of the era
.
Included with the base set, for all pledges $27 and over is a randomly inserted original hand-drawn sketch card of one of the 18 subjects in the set, and maybe even a few others!
Prints for this series will be printed on tan pulp-style paper and arranged into two sets. They really look old! I have given some of these away in the past and they were well received. This will be the only time these prints will be available, as I am not in the print business. Some of the prints have a much larger image area than the images on the cards, as they are un-cropped. Hang these stunning 8 1/2 by 11 inch prints in your home, office, den, bomb shelter, or abandoned nuclear missle silo with pride!
An array of rewards is offered for this project. Like my last project, prints will only be available through Kickstarter and will not be available for retail. So pledge now if you want them!

Risks and challengesLearn about accountability on Kickstarter

The artwork is 95 percent complete, aside from color, contrast, brightness correction, correcting eye and hair color, spelling corrections, and minor details of that nature. There is always some frustration and delays from dealing with a commercial printer, but once the funds are released, essentially all there is to do is click a few buttons to send printing orders off. I've been doing this sort of thing for over a decade now, and shipped to every continent except Antarctica. (For some reason they don't like my work there.

Have a question? If the info above doesn't help, you can ask the project creator directly.
Ask a question
Report this project to Kickstarter
Posted by Tom Johnson at 5:37 PM No comments: