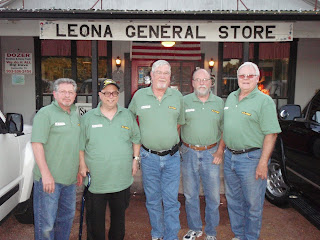 The May 13th weekend, a bunch of old Army grunts got together in South Texas for a reunion after 45 years. A group of us went into town for a steak dinner. From left to right, Rich (Italian boy), me, Roger Egdorf, Earl Hibbs, and John Runion. Roger and I made a career in the military, he went through OCS and retired a major. He was in the 1968 Tet in Vietnam. We were both at the same area in Vietnam, but I was there in 1969 and '70. He was there in 1967 and '68. The other guys in the picture were one term only, and we served together in France in the early 1960s. 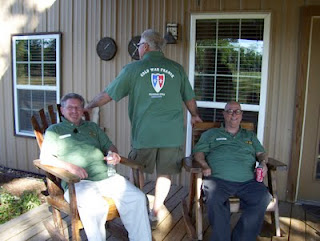