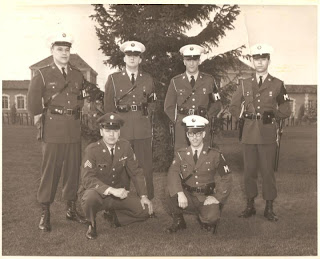 The Cold War began after WWII and lasted until the Berlin Wall came down. During that time, it heated up numerous times, including the Cuban Crisis, the Cypress Crisis, South America, Korea, Granada, and elsewhere. While American Forces in Germany had the Berlin Wall, and the Eastern Block controlled by the Russians, American Forces in France had the Communication Zone, with Top Secret Coded radio transmissions. The Russians were trying their best to decode those transmissions. Pictured above is my Squad in France (I’m the SP/4 kneeling in front). Here I am (Corporal now, with Sultan) in Turkey during the Cypress Crisis. 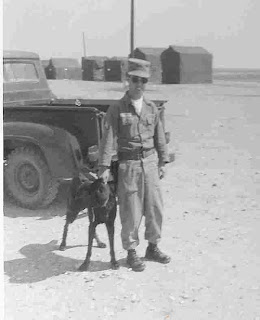