Desperate widow Olivia accepts a position as a mail-order bride, yet refuses to accept any male’s proposal. Fighting demons of his own, Sheriff Stark sees a second chance for love. This widower vows to win the widow or die trying…and almost does. Olivia Rose Baker abandons her dying hometown in Massachusetts to become a mail-order bride in male-dominated Seattle, Washington. Her abusive husband died in the Civil War and left Olivia wary of marriage, so she hopes to take a teaching position rather than become a bride. But the man who purchased her ticket to Seattle insists she fulfill her contract and marry. Stark Macaulay, former Confederate and now Sheriff of Seattle, is smitten with Olivia. Stark, unlike all the rich men in Seattle, has nothing to offer Olivia but his love. But Olivia hates anything to do with the Confederacy. Both fight an uphill battle. Both clash with demons from the past. Both struggle with desperate futures. Will these strong-willed people gain a second chance at love? 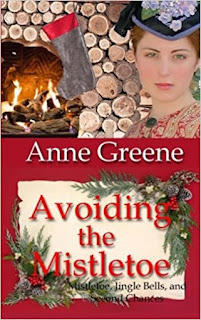 Olivia Rose Davenport Baker is a six-month widow after her husband dies in the Civil War. Olivia and her sister, Darcy, find an ad in the newspaper for Mail Order Brides going to Seattle, Washington. Olivia doesn’t want to go, but decides to accompany her sister so she won’t be alone. When the 35 mail order brides arrive, they are escorted off the boat by hundreds of men looking for brides. However, the captain of the boat is interested in Darcy and proposes several times.  Olivia is not interested in men since her husband mistreated her, and wants a position of schoolmarm. However, Sheriff Stark MacAulay falls for her immediately, but she’ll have nothing to do with him, either. She does get the schoolmarm position and begins teaching. But when a disaster strikes and the school burns down, the sheriff saves her and the children. Now she sees him in a different light.

This was a well-written historical romance, set in a period just after the war, and when women were needed across the country in unsettled territory. It’s the story of how they find romance and adventure. A wonderful read, and I highly recommend it.


Author of THE ORIGIN OF MR. MINUS
Posted by Tom Johnson at 4:23 PM