She went to jail for the right reason but the wrong murder.
With her mom in a coma, Kyara is determined to discover who is behind the brutal attack. Does her grandmother’s recent release from jail have anything to do with it? The police believe that some meth-addicted youth are responsible but what Kyara uncovers is shocking. Is anyone telling the truth? Even Ryan who she thought might be able to help her is harnessing his own dark secret. Is he truly trying to help her or does he have his own agenda?
The golf course wasn’t built because the sport was gaining in popularity but to hide a deadly secret. Those responsible are determined to keep it buried and those who know anything are being silenced. Kyara finds herself trying to catch an old woman, stay ahead of those trying to kill her and unveil the truth. But can she do it before a town pays the ultimate price? 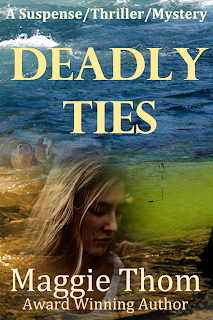 “A Deep Mystery With Hidden Treachery And Suspense.”

After nearly two decades in prison for a murder she didn’t commit, Getty is now out and wants revenge. She doesn’t pretend her confinement wasn’t deserved. She was just convicted for the wrong murder. And those who framed her were going to pay. With her daughter assaulted and in the hospital, she can only count on her granddaughter, Kyara. And Kyara isn’t sure whom she can trust, as she tries to unravel the mystery surrounding the golf course in Jaspertown. There are hidden secrets, and covered up crimes that someone wants buried for good, even if it means more deaths.

I’ve been a fan of this author from her debut suspense novel, and have eagerly followed her writing as each new book was released. She is a masterful storyteller, who weaves an intricate plot with many twists, and even the reader is never sure what is truly going on, and who did it until the story comes to a climatic end. I don’t know if I imagined it, or if the language was more mature in this new novel. But don’t get me wrong the profanity isn’t thick, but rather sprinkled lightly. The suspense does overflow on every page, however, and that makes for good reading. In fact, Maggie Thom is one of the best suspense writers in today’s fiction. Highly recommended.


Author of CARNIVAL OF DEATH
Posted by Tom Johnson at 4:57 AM