For a fun Halloween, be sure to read these two stories before going to bed tonight! $.99 each on Kindle. 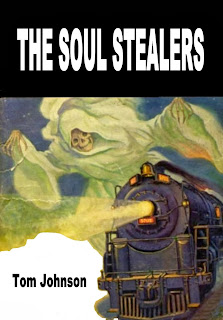 “The Soul Stealers” by Tom Johnson. Angels have walked among mankind since the dawn of civilization. Although we may not recognize them, or even see their presence, they are always with us. Perhaps they whisper advice in our dreams, or guide our governments without their knowledge, angels are moving us towards a higher good. Some even protect us in our final day, when violent death reaches out for our very soul - these are the Soul Sealers! 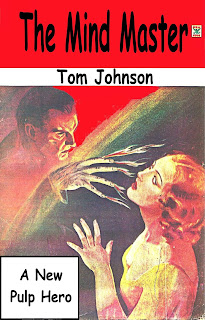 “The Mind Master” by Tom Johnson. New York has a new hero. In a contemporary setting, thieves knock over an art gallery, stealing famous and valuable paintings, and at the same time hit a museum displaying a necklace once belonging to Queen Bathsheba given to her by King Solomon, its value beyond price. From the chaos rises a new hero, The Mind Master!
Posted by Tom Johnson at 4:18 PM No comments: 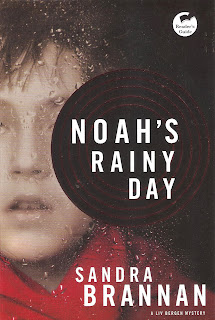 The five-year old son of a multimillionaire is kidnapped from the Denver International Airport, and the FBI and Denver’s chief of police are on the case. The father had contacted the FBI Director forcing him to put Liv Bergen in charge of the investigation, as he had once dated Liv’s sister. However, the Director assigns the job to Agent Streeter, but with Liv on the detail. While the investigators set up a command post at DIA, the kidnapper is actually living next door to Liv’s sister. Noah, Liv’s nephew sees the missing child but has trouble bringing it to anyone's attention because of cerebral palsy. The kidnapper, thinking Noah may reveal everything, kidnaps him also.

As a Liv Bergen adventure, it is tops, and I loved it. However it isn’t truly a mystery. The readers know who the kidnapper is from the start. Plus, the police procedural is a travesty. I have several problems with it: there is too much repeating of information, which is unnecessary for the reader. Please don’t pound the stuff in our head over and over, once or twice should be enough. The FBI and police officials need to know real interrogation and questioning technics. They reminded me of 1930s rubber hose cops. Nothing was done right. And did the chief of police really call out the National Guard? Really? And the chief of police would never bully the manager of the DIA. His lawyers would have walked all over him, the mayor, and police commissioner. The chief would have been placed on administrative leave for his actions. Where did these law enforcement people get their training? Gee …

The fact that so far all four novels have directly or indirectly involved Liv’s family or associates was okay when she was an independent investigator, but becomes a bit tried and tired now. She is a full-fledged FBI agent and I hope she will branch out into investigations outside her family and immediate friends. And I don’t think some millionaire could tell the Director of the FBI whom to assign on a case, especially a green agent as head investigator. There is too much delay before they start checking registered sex offenders and pedophiles. Instead they spend all their time at the airport going through massive tons of trash. They waited 24 hours before even considering registered sex offenders! The FBI has a large network of investigators across the country, but everyone has to be brought to the Denver airport from California and New York, causing even more delay? Sandra Brannan is a better plotter than this, and I was disappointed in some aspects of the story. And for crying out loud, have Liv pick one of the men as her boyfriend, this is sounding like a Soap Opera instead of a mystery.

The plot was okay, but the police procedural could have been done better. Because it is fiction, I will accept that everything turns out hunky-dory, and everyone lives happily ever after, but in real life that’s not how things end. Sandra Brannan is a better plotter than this. Still, for those fans of Liv Bergen and the author, if the reader will overlook the flaws, I think they will find an enjoyable read in “Noah’s Rainy Day”. For me it was another great Liv Bergen adventure, despite the problems, and highly recommended.

Tom Johnson
Detective Mystery Stories
Posted by Tom Johnson at 8:16 AM No comments: 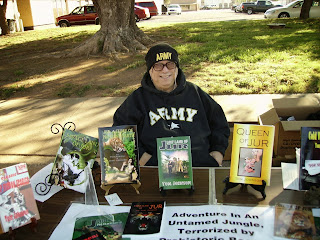 My book signing today went poorly, but I blame the cold weather for keeping people away, and the fact that I was put outside for the ordeal. I set up just before 9 AM, and it was in the mid thirties. By noon it began warming up, and people came by to talk, but no one was interested in buying books. That’s okay, I did get exposure (more ways than one), and enjoyed meeting and talking with people. Seymour has never been much for readers. I learned that when I owned and operated a used bookstore for thirty years. My sales continue to be from other sources; for instance, my Kindle books are still selling better than the print books, both in the US and overseas. Ginger only took one picture of me at the signing, and as you can see, I’m bundled up for the cold temperatures.
Posted by Tom Johnson at 5:08 PM No comments:

Everyone In Their Place 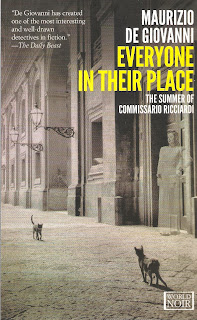 It’s 1931 Naples, Italy, and the Duchess of Musso di Camparino has been murdered. Commissario Ricciardi and his partner, Brigadier Maione are assigned the investigation. Since the crime involves the rich and powerful, the investigators are warned to proceed cautiously. But immediately, the two prime suspects appear to be the Duke’s son, and an important newspaper official.

The author spins a charming tale about interesting characters caught up in the volatile period of the early 1930s, amongst the rising Fascists movements, and political intrigues. Ricciardi, a wealthy landowner who prefers to spend his time investigating brutal murders as a police detective also has another peculiarity, he is cursed with second sight. He sees the body of the murdered victim long after the deed has been done, and hears the residual of their last thoughts. These thought never identify the killer, but do leave fascinating clues for him to follow up on.

We also follow Ricciardi’s and the Brigadier’s personal lives as they struggle with family and loves, and their everyday burdens. The author’s writing fascinates, and pulls the reader along with the investigative procedures, while tempting us with the thoughts of others connected with the case. I thought I had the mystery figured out from the start, and by the end it looked like I was correct, but then the final twist completely surprised me. This was a wonderful read, and kept my interest to the last page.

Email ThisBlogThis!Share to TwitterShare to FacebookShare to Pinterest
Labels: Europa Editions, Everyone In Their Place, Maurizio de Giovanni, Murder Mystery 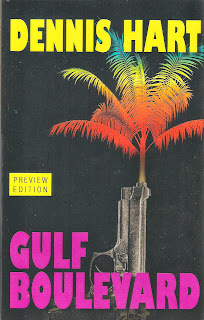 Tom Johnson
Detective Mystery Stories
Posted by Tom Johnson at 6:05 AM No comments: