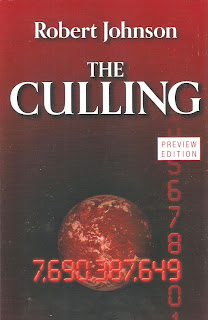 “Just two kids, two billion, we can live with that”

Five scientists have recovered a super bug, H7N7, a subtype of the Swine flu that killed so many people in 1918, discovered in an Eskimo grave in Alaska. Concerned with the world’s over population as we press towards seven billion people, they wish to curtail the growing numbers by introducing the flu bug to an un-prepared public, perhaps killing sixty percent of those infected, or more. After creating a Hot Zone in Laos, one of the members brings a doctor from the CDC to investigate, then switches vials with him containing a less virulent bug, which is sent to CDC. This causes a rush to produce the wrong vaccine.

Considering the overpopulation of the world, the scientists believe they are doing the right thing. Allowed to continue, the planet cannot support the growing population and unless there is a great dying off, the world will soon collapse. They plan to save the world by eliminating the masses through an unstoppable strain of flu.

Told as a mystery, I would say this bio-thriller is a great fictional story of a scenario that only Hollywood could come up with, but it is not. This is so real, it is frightening, and the possibility of a super bug really being out of control among us is just around the corner. Although the characters are fictional, the story is possible – and very likely. The book will keep you awake nights, thinking about our vulnerability, and worried that we’ve already gone too far for the planet to survive without a culling.

Email ThisBlogThis!Share to TwitterShare to FacebookShare to Pinterest
Labels: Robert Johnson, The Culling, The Permanent Press