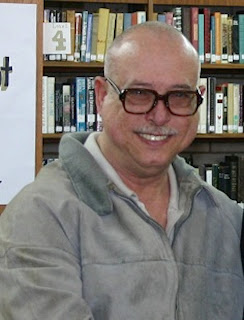 I was born in 1940, going through elementary schools in Seymour and Wichita Falls, Texas. My dad was a cowboy and cook, and often worked at each profession, which required a lot of moves. He wanted me to follow in his footsteps, but I had more of a studious nature, and didn’t want to spend my life on farms and ranches. I was different from most kids my age, I didn’t want to be a cowboy, and never liked riding horses. My family lived something of an itinerant’s lifestyle, and we never stayed in one place long enough for me to develop friendships. In high school I was working on the ranch my dad was foreman of while other high school students my age were dating.
When I turned 18, I joined the Army as an MP, and was off to see the world, never regretting my decision to leave the life my family had. I had some pretty good assignments, such as a three-year tour in France, but then there was a one-year period patrolling the DMZ between North and South Korea under fire, and 13 months in Vietnam. But I did enjoy my twenty years as a military cop, and took some college courses in the process.
After retirement, my wife, Ginger and I started FADING SHADOWS, a small press imprint, publishing a hobby magazine, ECHOES, for the next twenty years, as well as half a dozen genre fiction titles, which re-fired my interest in writing.
Today I leave the publishing for others, and continue my love of writing. It has been a good life, and I in no way degrade those men and women on ranches and farms. It just wasn’t a life for me.
Posted by Tom Johnson at 6:26 AM