For lovers of exciting thrills and adventures in the pulp tradition, don’t let these anthologies elude you. All are available on Amazon in print. V #2 & 3 are available in eBook from Ebooktime.com, and #3 is available as an eBook at NTD, Kindle, and elsewhere. Or order the copies from Ginger Johnson at fadingshadows40@gmail.com Great reading, written by the best new writers in the pulp field. 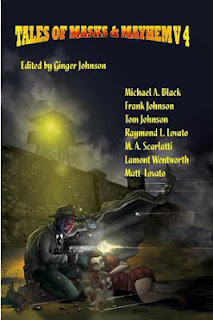 V #4: This large volume contains "The Hooded Hunter" by Max Scarlatti, "Prophet of Peril" (a Masked Avenger story) by Lamont Wentworth, a new Crimson Mask story, "The Crimson Mask's Justice" by Frank Johnson, Doc Atlas returns in "His Master's Voice" by Michael A. Black and Ray Lovato, and Tom Johnson's Black Cat story, "Partners In Crime" rounds out the issue. With a great cover by Matt Lovato, this is a must for all pulp fans. Available in print and ebook from NTD & Amazon. 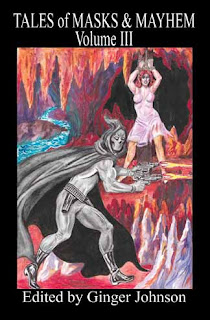 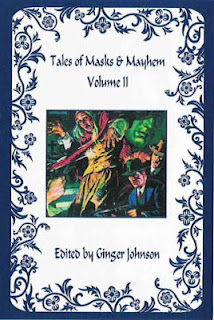 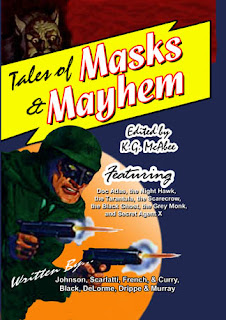