WW2 through the eyes of a child: It is mid-summer, 1944 and Britain is embroiled in war. A large percentage of city and town dwellers are being killed; homes bombed, and personal belongings destroyed. The people not only fear for their own safety, but they also realize, that even if they are fortunate enough to survive there is a slim chance their offspring will not. They feel they have no choice, but to send their children to remote country villages to be raised by strangers, in the hope they will have a better life. The only adults permitted to travel with the children are mothers with youngsters under five years old, the infirm and the elderly. Meantime, the community of Honesty Brook Dale feel it's their duty to rally together to help the evacuees by sharing their homes and limited food and clothing supplies. 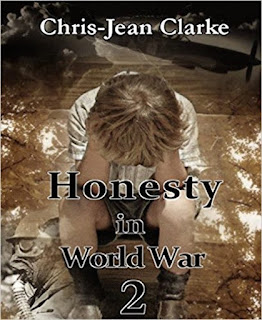 The Author send me a copy of he book for an honest review. It’s 1944 and World War Two is at the height of atrocities. Bombing raids in England is heavy, and many are dying. Young soldiers are conscripted into service to fight, many do not return home. Services help move children to the interior farms, but it doesn’t mean they’ll be safe from air raids, but villagers will do what they can to help the evacuees. This is their story, as well as the story of children from the villages.  How they get along, how the parents help feed and clothe the influx of people. Remember, this was a time of rationing, black outs, and when there wasn’t much to be had by anyone.

This was one of the most interesting times in the 20th century, and the author takes us on a merry-go-round of harsh times, death, and little food. There are characters we care about, some we think stink, but all are stuck within the same period, and must survive the best way they can. Young Cyil has already lost his father, and now his older brother has been conscripted and leaves to fight in a war he may not return from. Cyril must become a man because he’s the last male still at home, yet merely a boy. War turns boys into men. Highly recommended.