Q & A With Running Meter Press 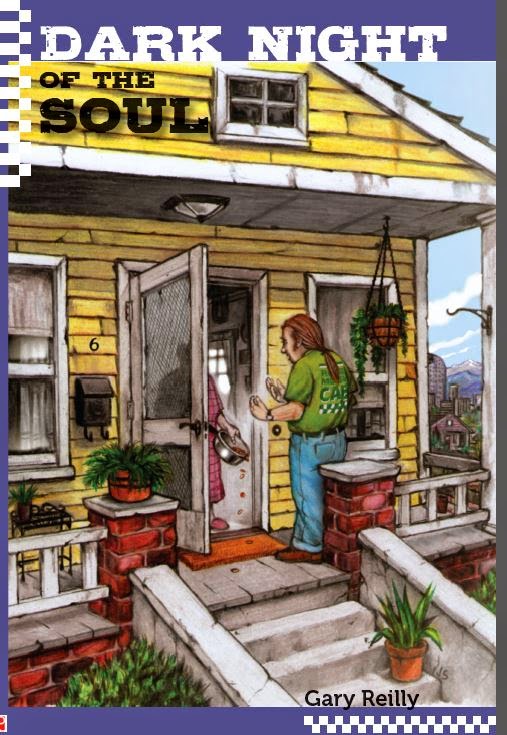 Q & A With Running Meter Press

Thanks to Running Meter Press, I’ve read every book of Gary Reilly’s so far, and have been fascinated by his fiction. Although I never knew Gary personally, we travelled a similar path. Gary only spent two years in the Army, but reading his stories you recognize the huge influence the military had on him. I spent twenty years in the Army and became what Gary refers to as a lifer sergeant, but I believe every soldier goes through the same things that Gary experienced. I knew many men just like Gary, and he has captured every soldier’s feelings and fears at some point in his writing. From stateside MP duty at Presidio, to Vietnam, Gary brings that experience to his stories of Murph, the Asphalt Warrior. Gary passed away much too young, but thankfully he left a treasure chest of manuscripts to share with the world. Through this body of work, readers will come to know the Denver taxi driver on a personal level. I think Gary and I would have been good friends, and could have shared many private tales of our Army life. We also shared a love for similar books, television, and movies. Have you met Gary through his books? If not, it’s time you found a copy of The Asphalt Warrior.

Pulp Den: How did you meet Gary Reilly?

Mike Keefe: I met Gary in a filmmaking class at the University of Colorado Denver in 1977. I’d been working for a couple of years as the editorial cartoonist for The Denver Post and was interested in doing some animation. When I mentioned that interest in class, a tall guy with full beard sitting up front turned around and gave me a thumbs up. Gary and I ended up collaborating on several animations and became close friends.

Pulp Den: Why was it important to you to keep Gary's legacy alive through his books?

Mark Stevens: Very simply, because the guy was good. The only thing he lacked was that self-promotion gene. He would rather write another book than to query an editor or agent. He didn’t enjoy writer groups or conferences, it just wasn’t his style. But the reviews have shown he was good. The Denver Post called him a “master wordsmith” in a glowing review of The Asphalt Warrior. The Vietnam Veterans of America website raved about Gary’s first novel about his experiences in Vietnam, The Enlisted Men’s Club and all five novels in the Asphalt Warrior series to date, among many other raves. It wouldn’t be fair to let 25 novels disappear. They were polished, smart—and such variety.

Pulp Den: You were obviously very close to Gary, but did you learn anything new about him through reading his stories?

Mike Keefe: The novels in the Asphalt Warrior series closely mimic Gary’s experiences as a cab driver in Denver. I knew Gary was passionate about writing and was a repository of popular culture, especially old TV shows and movies. What I learned was just how deep that knowledge went. He could name the bit part actors in obscure 40’s films and trace their careers. He was like a walking Wikipedia.

Pulp Den: What do you think makes Murph such a beloved character?
Mark Stevens: A strong point of view. Murph is one-of-a-kind. He runs against the grain of modern society by purposely choosing to do as little as possible. At his core is a great contradiction—he wants to avoid getting tangled up with the lives of his fares but, of course, always manages to do just that. He’s a loner with few needs but, as we read and get to know him, we know he gets a kick out of his work—even if he won’t admit it to himself. Plus, he’s a frustrated novelist and his failure to reach “big success” in commercial fiction stands in for everyone’s dreams being dashed. Many of his points of view have an “Everyman” quality but Murph is truly unique.

Mike Keefe: Essentially, Gary = Murph. While Gary may not have been arrested for kidnapping, murder or other felonies, his character, interests and sense of humor were identical with Murph’s.

Pulp Den: What do you think his dedicated fans and new readers will like most about Dark Night of the Soul?

Mark Stevens: Have you ever had one of those days where nothing goes right? Well, Dark Night of the Soul puts Murph through the wringer. He is pushed to the brink of patience and gets tangled up in, well, I don’t want to say right here. Let’s say the cops have lots of questions. Let’s also say that Murph is given an incredible opportunity to change the arc of his life and he is tempted in a way he’s never been tempted before. As always, Murph uses his humor and wit to sort through the moral questions that surface. His logic, such as it is, is strained to a breaking point like never before.

Pulp Den: How long until readers get to crack open Gary's next novel?

Mike Keefe: Through Running Meter Press, Mark and I have been publishing a new Reilly novel every six months. So readers can expect the next one in May or June.

I appreciate Mark Stevens and Mike Keefe of Running Meter Press taking the time to visit Pulp Den, and giving us a personal look at Gary Reilly and his books. I will have a review of his latest book, Dark Night of The Soul later this week.