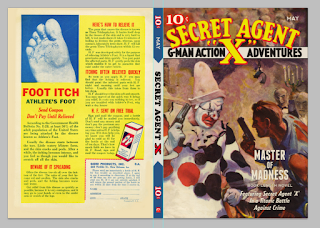 Coming soon from Altus Press, Steve Payne's original Secret Agent X novel, first published in serial format in DOUBLE DANGER TALES #1, 2 & 3 (February, March, and April 1997). "Master of Madness" was the first Secret Agent X novel in fifty years, quickly followed by two more exciting novels by Steve of the Man of A Thousand Faces. Altus Press previously published one of his other "X" novels, and plans are for the third one to follow later. 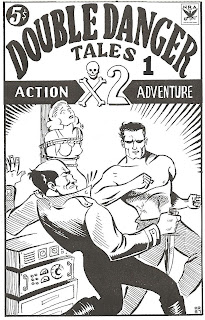 Steve is a fan of both G.T. Fleming-Roberts, and of Secret Agent X, and is an expert on the pulp character. He is hard at work on new adventures of "X", and I expect we will see some high adventures of this exciting character return soon.
Posted by Tom Johnson at 7:46 AM