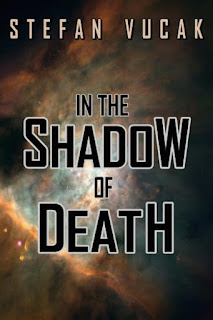 
Author of WORLDS OF TOMORROW
Posted by Tom Johnson at 5:37 AM

Email ThisBlogThis!Share to TwitterShare to FacebookShare to Pinterest
Labels: In The Shadow of Death, SF Political Thriller, Stefan Vucak