Blind As A Bat 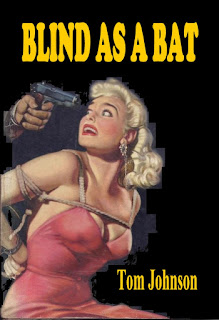 BLIND AS A BAT by Tom Johnson, published by FADING SHADOWS: The Eternal Dragon stands mute while the menace of white slavery cast a spell of horror over Chinatown. When the Purple Dragon strikes it brings Dawson Clade out of retirement. The Chinese mastermind is targeting young white girls for his evil pleasure, and The Bat must take wing once more. The Bat first appeared in 1934 & ’35, with four stories that researchers suspect were written by Johnston McCulley, under a house name. A fifth story, advertised as BLIND AS A BAT, never appeared. After Tom read the series, he felt he knew where McCulley was taking The Bat in the final story, and wrote the missing adventure. This is now available on Amazon Kindle for $1.99.
Posted by Tom Johnson at 4:54 AM