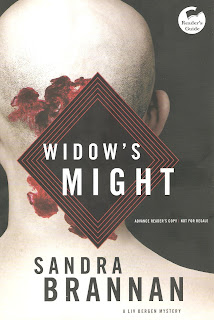 “Solid writing, and a thrill on every page!”

No sooner has Liv Bergen been rescued from the clutches of the murderer in “Lot’s Return To Sodom”, than she’s thrown into the Crooked Man murder investigation. A series of brutal killings have occurred over the past twelve years, leading the FBI to suspect a serial killer in the Deadwood, South Dakota area. And it strikes close to home to Liv, whose sister has rescued an elderly woman from a Hospice care where an attempt has been made on her life. Special Agent Streeter wants Liv to join the FBI, and she stays close to them during the investigation, placing herself in danger to help others.

The author has created interesting characters, with deep plots and intriguing human monsters preying on innocent victims. Definitely a page-turner, and the description of the scenes around the Black Hills of South Dakota are done with picture-perfect finesse. The reader will thrill to the investigators’ search for the Crooked Man, while hoping they catch the killer before he strikes again. The next time his victim may be too close to Liv Bergen!
Posted by Tom Johnson at 6:38 AM